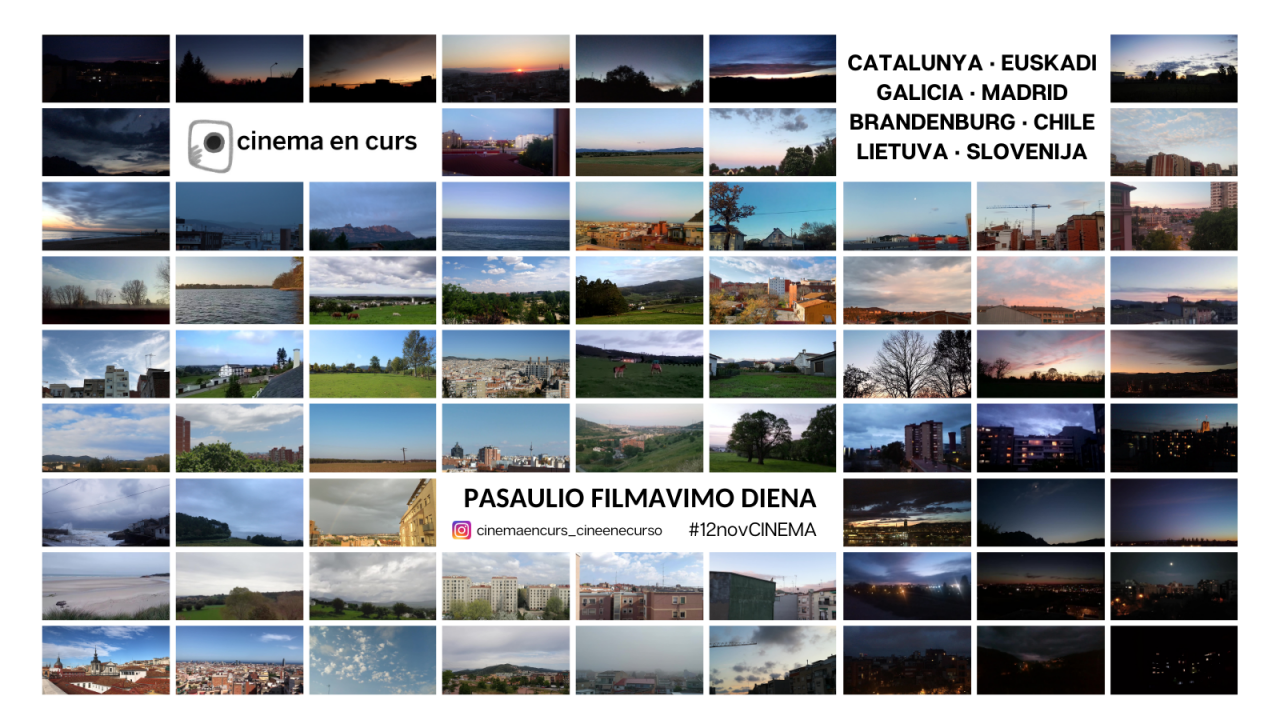 Although quarantine limits our relations with the world, today the members of Anykščiai Jonas Biliūnas Gymnasium’s Film Club together with like-minded people from Spain, Germany, Slovenia and Chile participate in the international world filming day “#12novCINEMA”.

“#12novCINEMA” is an initiative of Barcelona’s art education organization “A Bao A Qu”, which this year was also joined by Lithuania. On the 12th of November the representatives of a several dozen different countries will film their worlds. Students, teachers, and professional filmmakers will create one-minute works and share what they see in their environment. Cities, settlements, and open spaces will appear in the lenses of film cameras, while climate and sky phenomena will also play their “roles”. Unfortunately, in some countries the quarantine conditions are so strict that some project participants cannot even leave their homes, so the world will be filmed through their windows. Project participants represent international projects “Cinema en curs” and “Moving Cinema” .

Gintė Žulytė, the head of film education projects and the coordinator of this initiative in Lithuania at the Media Education and Research Centre “Meno Avilys”, believes that World Filming Day will help to feel a sense of community created by cinema: ‘We especially appreciate this during the pandemics and quarantine. Using several of the same filming conditions (full shot, static camera, focus on the light and composition, diegetic sound), we will film different locations but the same sky. It is gratifying that this year we will be able to share images from Anykščiai and Vilnius. ‘

Every moment of the International World Filming Day “#12novCINEMA” can be seen on the “Cinema en curs” website and Instagram account . Audiovisual works will be uploaded throughout the day as filming began today right after midnight and will end at 11:59 p.m.