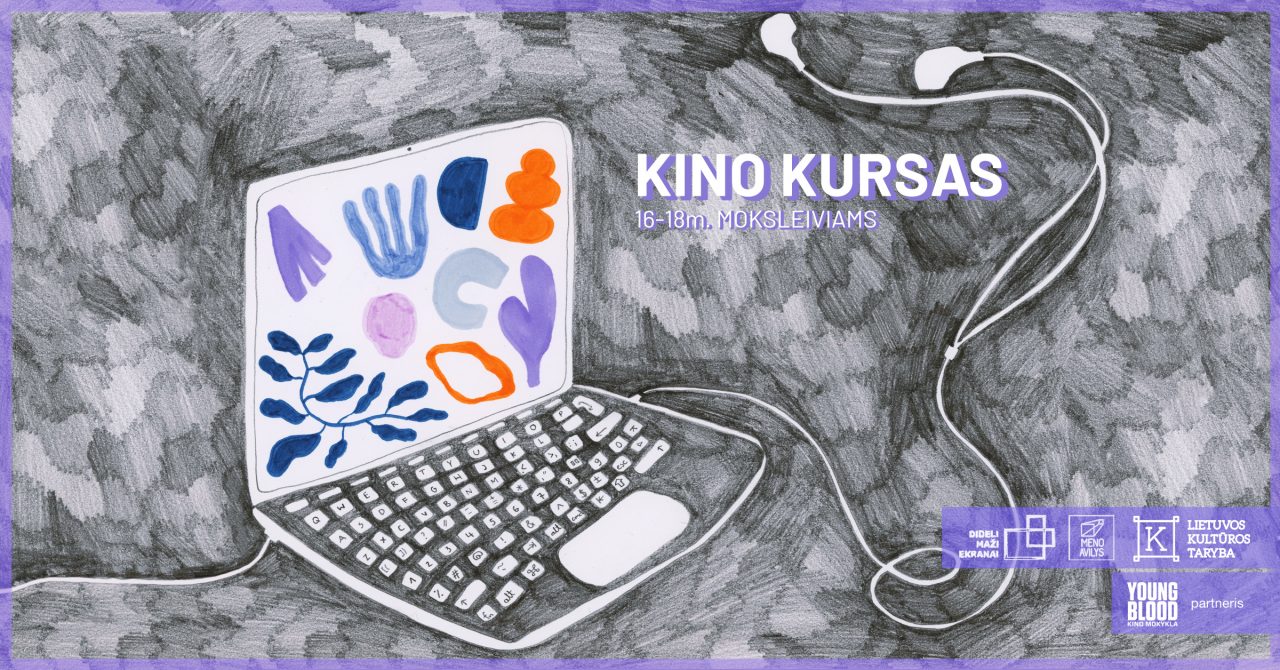 We invite 16-18 year old persons to participate in the selection for free film courses, which runs until the end of February. The organizers hope to receive nominations from young people living in various regions of Lithuania, who feel the desire and obligation to talk about what is happening around them. Remote training will not only introduce the theory of cinema and its production stages, the selected candidates will also make films and explore young persons’ identities, belonging to the communities and making dialogues among them.

The idea to organize film courses came up during the creative workshops in Lithuanian schools organized by the media literacy promotion project “Big Small Screens”. They were actively attended by many motivated young people who are interested in this art, however, do not have a film club in their town. This trend was particularly evident when interacting with students outside metropolitan areas. To reduce this exclusion, “Meno Avilys”, in collaboration with the “Youngblood” Film School, has decided to offer a seven-meeting film course for senior students, who live in regions and have fewer opportunities.

The training will take place from 12th of March to 2nd of April, on Tuesdays and Fridays, from 4 to 6 p.m., on a remote meeting platform – Zoom. The head of the film course is the director Laurynas Bareiša. Director and screenwriter Marija Kavtaradzė, editing director Armas Rudaitis, sound director Iveta Masevičiūtė will also share their experience. The final works will be evaluated by cameraman and director Vytautas Katkus, and producer Klementina Remeikaitė.

Laurynas Bareiša is one of the most prominent young Lithuanian directors, whose films “By the Pool”, “Caucasus”, “The Camel”, “Dummy” were repeatedly nominated among the best short films at the annual Lithuanian Silver Crane film awards, and in 2018. earned him an award. The director’s works were also presented at film festivals in Venice, Berlin, and Locarno. In 2019-2020 Laurynas was recognized as one of the best cinematographers in the country at the Lithuanian Cinematographers’ Awards “Ąžuolas” for the cinematography of his film “Summer Survivors” at the Lithuanian Cinematographers’ Awards “Ąžuolas”. L. Bareiša also teaches screenwriting at LMTA and “Youngblood” Film School.

Those who wish to participate must fill out the form at until 28th of February, and record a one-minute video telling about what kind of movie they would like to create. Videos should be emailed to labas@didelimaziekranai.lt. The selection results will be announced on the 3rd of March. Priority is given to regional diversity.

The project is funded by the Lithuanian Council for Culture.