Photography exhibition “Cinemas in the Region” 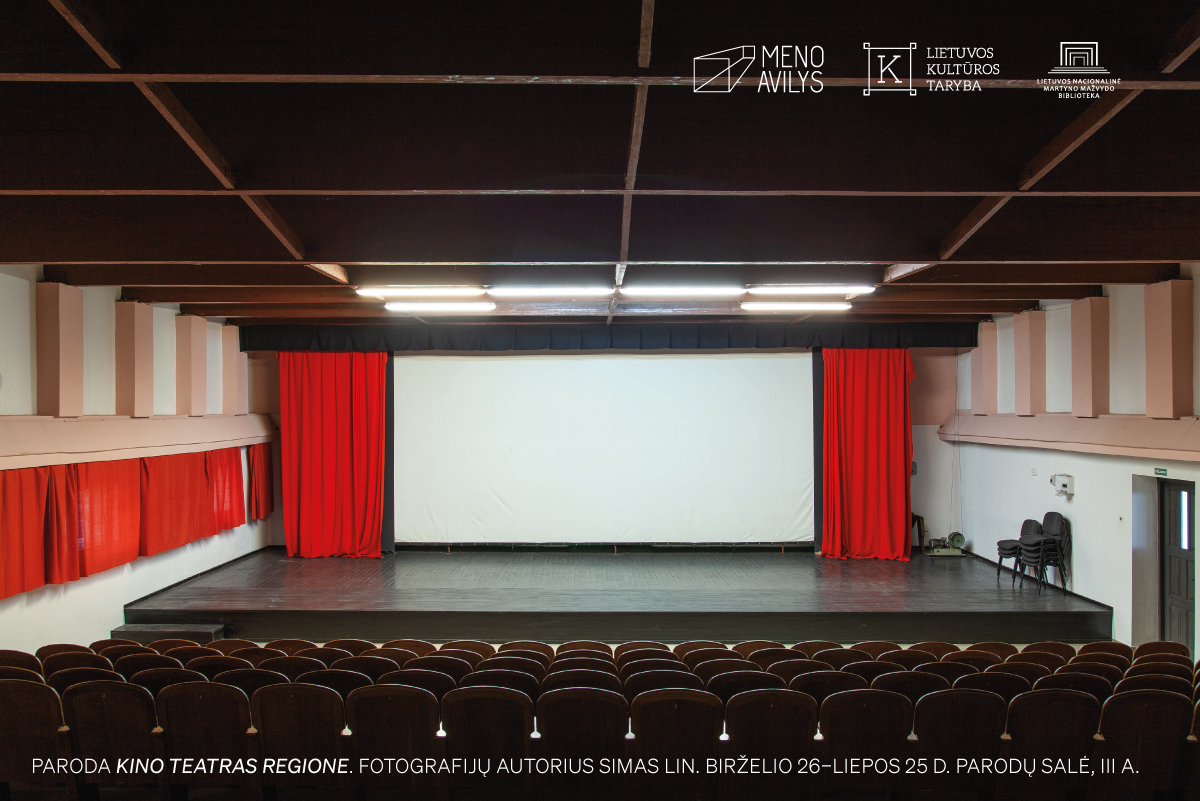 From June 26 to July 25, the photo exhibition Cinemas in the Region arranged by the media education and research centre Meno Avilys will be housed in the Exhibition Hall of the Martynas Mažvydas National Library of Lithuania (Gedimino pr. 51).

Last year, Meno Avilys started the research on cinema exhibition culture in the regions of Lithuania and, together with the photographer Simas Lin, travelled around the country with the aim to capture the stories of various movie theatres, the uniqueness of buildings and locations, and their typical features. During the research, a document from 1988 was discovered containing the list of  Lithuanian cinemas and other film exhibition places. The list served as the starting point in this journey in search of old cinemas. The research has revealed that out of the 260 film screening venues functioning in Lithuania during the Soviet period approximately 160 were cinemas, the majority of which – 140 – were situated in the regions of the country, i.e. not in Vilnius or Kaunas. Today, only twenty of such regional cinemas that have preserved their initial architectural looks have survived.

The exhibition Cinemas in the Region presents a part of the surviving Lithuanian cinemas, their interior as well as portraits of the people who used to or still work in these film screening venues. Four fully operating cinemas – the cinema Dainava in Alytus, Spindulys in Marijampolė, Minija in Gargždai, and Virinta (founded by the community) in Alanta – are among them. In the other cinemas displayed in the exhibition, second hand furniture shops, stores, day and youth centres, and various other small businesses were established. Some of them are neglected and unused or are being renovated. The exhibition also displays the photos of one of the most modern cinemas of that period – Garsas in Panevėžys – that has only recently been demolished.

The documentary photos by the photographer Simas Lin reflect the diversity of these venues still bearing traces from the past; sometimes surreal and totally unexpected images of the new reality of cinemas. Empty cinema screens have become the main element uniting the entire exposition. Yet their emptiness should not be regarded as the end of the old cinemas but rather as an open possibility for future cinematic narratives. Exhibition spectators are invited to look closer at the cinemas for each of them constitutes an artwork witnessing the historical and technological changes and establishing new bonds with the environment and people.

The author of the photos: Simas Lin
The project has been partly financed by the Lithuanian Council for Culture.