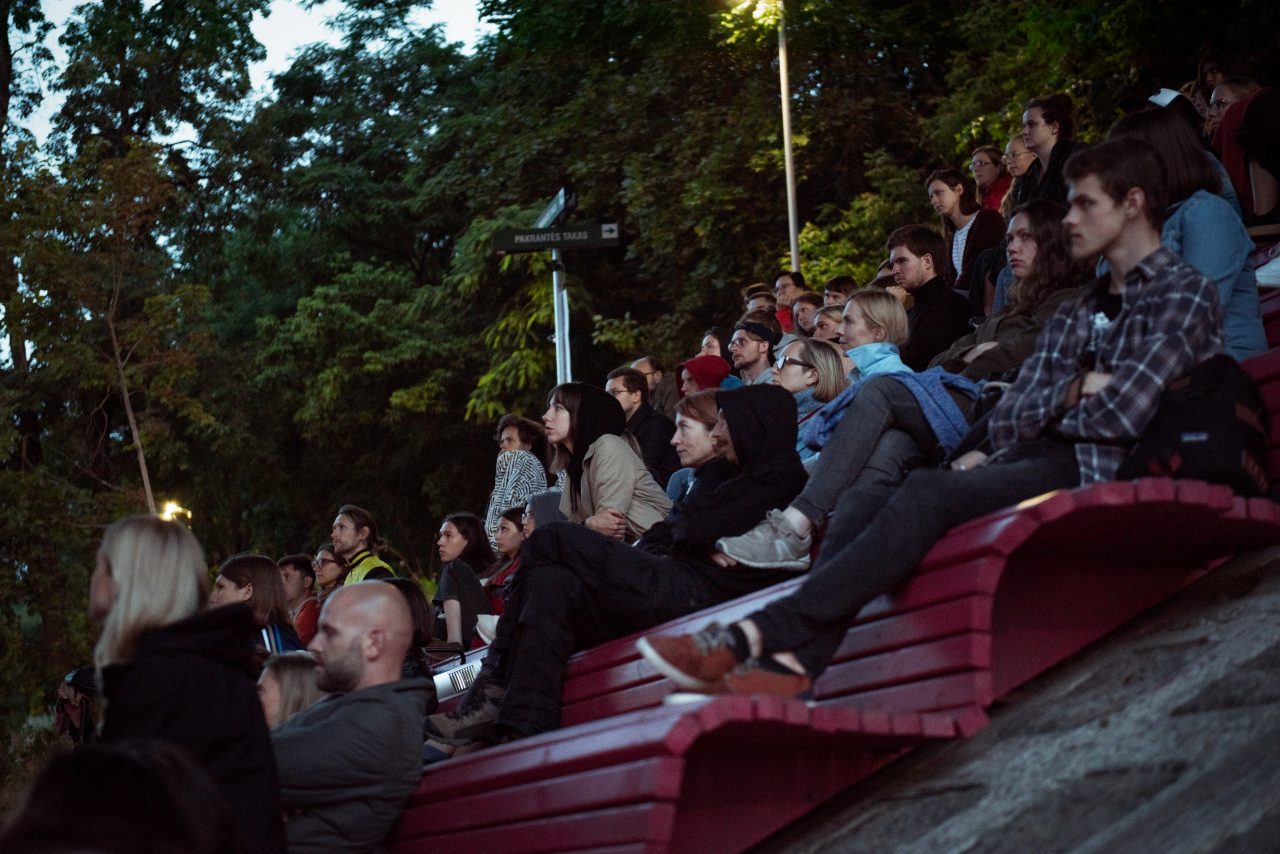 The idea for the project was born during the quarantine, when cinemas and other cultural institutions were shut down. This adjusted the plans of both institutional and independent film screeners. With this in mind, we decided to create a safe and open space for watching films by inviting colleagues, who work in the field of film culture, to implement their initiatives within the framework of the program “Deep Rivers Run Silently” (author of the title – Stefanija Jokštytė). “Skalvija” Cinema, Kaunas Artists’ House, Vilnius International Film Festival “Kino pavasaris”, Vilnius Queer Festival “Kreivės”, Architecture Foundation, silent film festival “First Wave” accepted the invitation and showed their film programmes.

Sculptors Andrius Labašauskas and Rytis Urbanskas transformed the space under the Liubartas bridge at the Žvėrynas embankment in Vilnius into a public terrace “Patiltė” to spend communal time in the city. The events of the “Deep Rivers Run Silently Swim” take place here. The columns of the bridge are decorated with “Atlants” created by the street artist Ernestas Zacharevičius.